For over six decades, with great personal interest, I have witnessed the changing face of our money. At the age of nine, I often rode my bike to the local banks to buy rolls of coins to sort through at home. At least once, the bike tipped over, scattering coins all over the road! Even then I knew some forms of money were more valuable than others. It is an age-old occurrence, and one that has particular relevance in light of recent events.

In the early years of the 20th century, coins were valuable in their own right. They were made of gold or silver, and didn't need to declare themselves "lawful money" or "legal tender". Paper money, to the extent it was issued, was convertible, dollar for dollar, right back into coin. Intrinsically-valued money had endured for generations, and was demanded by the people. It was their security, in the words of Aristotle, as they planned for the future.1 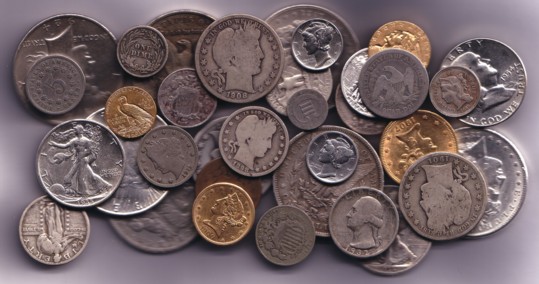 But in the mid 1960s, billions of copper-nickel coins were issued to replace the silver coins in circulation.2 In 1968 Congress withdrew silver backing from silver certificates.3 And then in August 1971, President Nixon declared our currency would no longer be redeemed in gold at a fixed rate.4 In less than a decade, all the links to precious metals had been severed, and the U.S. dollar had become a fiat currency.

The last day silver certificates were redeemable in silver was June 24, 1968, at the United States mints in Philadelphia and San Francisco.

During the transition, I was living in San Francisco. At that time, the rising price of silver made it profitable to redeem silver certificates and sell the metal. Like many others I scrambled to get as many as possible and turn them in before the deadline. Yet it would take me years to realize what was happening. It didn't feel like a historic event. We continued to use our coins and paper money to buy what we needed, and our money did not go worthless. But could it happen?

There had to be more to this story. I decided to do some research on paper money and how it changes. In 1993, I interviewed Friedrich Kessler. An eminent law professor who taught at Harvard and the University of California at Berkeley, Kessler had personally experienced the German monetary crisis of the 1920s. His opening words were profound:

"It was horrible. Horrible! Like lightning it struck. No one was prepared. You cannot imagine the rapidity with which the whole thing happened. The shelves in the grocery stores were empty. You could buy nothing with your paper money." (see Chapter 11)

For the most part, the lessons of those who lived through a currency collapse are perceived as distant and foreign history. Yet a pattern emerges from the past, with little difference from generation to generation, nation to nation, and century to century. The research in this book is meant to bring forth the lessons of history and to help you understand the strength or weakness of our money.

1. The ancient Greek philosopher stated, "But with regard to a future exchange (if we want nothing at present, that it may take place when we do want something) money is as it were our security. For it is necessary that he who brings it should be able to get what he wants." (Nicomachean Ethics, V. 5)

3. In 1878, Congress created silver certificates (paper currency declared redeemable for silver). These circulated through the 20th century alongside unbacked Federal Reserve notes. In 1967, Congress discontinued the silver certificates, announcing a one-year window to redeem them.

4.The gold in Fort Knox is kept as an asset by the U. S. Government, with no direct relation to the circulating currency.